Political activity was at the peak. From this city, Mahatma Gandhi gave the “Quit India” order to the British Raj in 1942. The Second World War was over in 1945. India gained Independence in 1947. Handful Transport companies/ clearing agents were providing services to the traffic originating from the Docks, Carnac Bunder, Wadi Bunder Refineries, Cotton Textile and Oil Mills. Most of the trucks were sourced from the Military disposal. To Overcome the difficulties and to evolve a common approach, Messrs Maneckaji Madan, Nagsi Nensi, Irani, Kermani, G.L. Vijan, Baburao Kale and Manekbhai Savani came together and formed the Bombay Goods Transport Association in 1949.

These decades witnessed the start-up of industrialization in the vicinity of Mumbai City and formation of joint Stock Companies started services to remote areas from Kashmir to Kanyakumari and from Kutch to Assam. There was manifold increase in the no. of Transport Companies and also to the members of the BGTA. In 1964 BGTA was registered under the Companies Act 1956. As a part of labour welfare measure, the Govt. formed Mathadi Boards for various trades; thus came into existence the Goods Transport Labour Board for Greater Bombay.

The economy was opened in the last decade of this century. Industry and Commerce geared-up to face the challenges of international players who were entering India. Computers entered the office area of most of the Transport Companies. The Govt. allotted land to BGTA at Wadala to develop the Truck Terminal. The competition and the unlocking of entrepreneurship resulted in 8% to 9% GDP growth of the country.

In this decade we are witnessing the construction of 4-lane highways of world class standard at first pace. Keeping the trend in the International market, transport companies in India too started 3-PL, 4PL Logistics Services(transport, warehousing, distribution, export-import services etc.). Use of tractors, trailers, containers, multi-axle vehicles is the order of the day. In the fifties, the GVW was mere 5 MT and now it is 40/45M. tonnes. The extensive use of internet and online transactions of customs, Govt. and banks have made the life easier. The country is moving on the trajectory to become the Global Economic super Power in next decade.

In these sixty years the BGTA has grown from strength to strength. The present membership strength is more than 1,300. The BGTA is the foremost association in the whole of India playing the pivotal role in development of transportation by road. The BGTA has led many agitations. It works closely in tandem with the All India Motor Transport Congress.

BGTA works in a professional & systematic manner. Managing Committee with the Wadala Truck Terminal Committee & various sub-committees works in cohesion with the purpose to satisfy the members and their interests.

BGTA is the first organization to spearhead the agitation in 70s to abolish the Octroi.

During the past several years BGTA has responded positively to the calls given by the All India Motor Transport Congress to take-up the issues relating to Service Tax, TDS, Toll, the new Carriers Act, Motor Vehicle Act, Counter-signature, zonal & National Permits etc. Transport Industry is the first industry to convince the Govt. To introduce the element of “Abatement” in Service Tax.

Representations made by transport industry to the Ministry of Finance, Govt. of India convinced them to abolish system of collecting TDS from Transport contractors as well as sub-contractors/ truck owners having PAN.

Through the seminars, lectures, workshops, BGTA helps its members to update the knowledge of transport trade.

All of us know that since Independence, the road transport has made phenomenal growth & noteworthy progress. We have come a long way. It is our honest feeling that we have achieved very less and we will have to work hard assiduously for the further progress.

Twenty years ago the Wadala Truck Terminus was devised to decongest the Mumbai city. Hardly 15% to 20% of our members could be accommodated in the 1st phase. The government should take immediate steps to allot more & sufficient land, so that the remaining transport companies can be shifted to Wadala Truck Terminus.

We have experienced tremendous hardships at all levels in construction work of our buildings. Various Govt. departments, MMRDA & the BMC not only work at cross purpose, but work in tandem to defeat the Government’s objective of a Welfare State for the people. There is an urgent need to form a task force, equipped with adequate powers which can bring all three wings, viz. the Government, MMRDA & the BMC under the one roof to monitor the work till the completion of Wadala Truck Terminus; & the report of the Task Force be made time bound so that the same can be implemented by the new Government.

For the last many years, the Govt. has not formed Full-Fledged labour board. The Government should form immediately so that operational problems (viz., warfare, DA etc.) can be sorted out and industrial peace can be assured for years to come.

Anik-Panjarapol project is a World Bank Project & it should be completed on top priority, as this will provide a direct link & accessibility to port area to our vehicles & transport industry thus resulting in the decongestion of traffic on Mumbai Roads. Here we would like to mention that for this project 3,000 slums have to be relocated & for their rehabilitation, 3,000 flats are already ready but are lying idle & vacant. Theft of window shutters, plumbing & electrical fittings is a regular affair from such unoccupied & open flats. This shows government’s apathy towards planned development of Mumbai. As per international norms, separation of Goods traffic from the regular flow of suburban passenger traffic is a bench mark for the development of a model city. The Government should in all earnestness implement the unfinished schemes of flyovers and new roads to make Mumbai – the International Capital of Business & Finance. 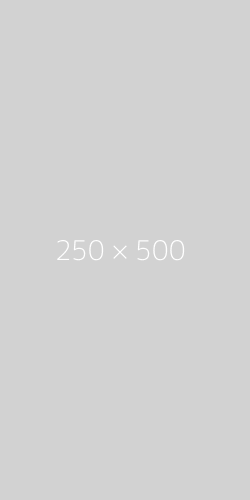